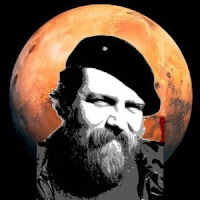 "I was shamed into helping the unborn after 12 years of silence, in 1986. Since then, my only client has been the unborn. I don't work for a movement. I don't work for a party. I don't work for candidates. I work for the unborn, and I don't give a flying flick about what people want to do on paper with bylaws, and all that kind of stuff, because it's just like the Pharisees, who had all their rules about the Sabbath, but they didn't know that the Sabbath was made for man, and not man for the Sabbath! I will stand for the unborn, and I will not relent! I don't know Mr. Clymer, but Howard Phillips has lost ALL of my respect, because he stands for people who want to kill ONE, only ONE, innocent child, and that's all that counts! If you want ONE innocent child, GO with this man, but I'll tell you what- I've got my paperwork filled out. All it lacks is my signature, and my wife's signature, and we're the hell out of here, if you vote to stay with a national party that will put up with ONE dead baby, much less many thousands of dead babies. And you sir [pointing at Jim Clymer] need to repent! Because the blood will be on your hands when you stand before God. You won't be able to argue about procedural votes, and keeping the party together before God! You'll be standing there quaking in your boots, wishing you'd washed yourself in the blood of the Lamb. That's all I've got to say...The only thing that matters to me is doing my job to stop the killing of the unborn." (The last words of Paul deParrie - Source: Wikiquote)

Uploaded on Dec 28, 2006 (1:42 min.)
The final speech of prolife activist Paul DeParrie before the Constitution Party of Oregon State Steering Committee on 5/20/2006, defending the right of the unborn to life.

Paul deParrie is the servant of one God, husband of one wife, father of six children, and grandfather (as of April 1998) of six grandchildren.

He has been the editor-in-chief of Life Advocate magazine since 1990 and is a regular news, feature, and commentary writer for the magazine. He also has seven published books.

He was the organizer of Advocates for life Ministries’ 1995-96 SHAME Campaign where activists picketed abortionists’ houses and leafleted their neighborhoods.

His work includes ground-breaking pro se litigation for pro-life and pro-family freedom of speech cases. These include a 1998 victory in the Oregon Court of Appeals where the appellate court overturned a "stalking" order obtained by abortionist Jude Hanzo after he organized and conducted two SHAME Campaign pickets outside Hanzo’s house.

He has been widely interviewed and quoted in the media, including McNeil-Lehrer News Hour, New York Times, Washington Post, Los Angeles Times, Newsweek, Time, Playboy, and other publications. He has had editorial-length commentaries appear more than half a dozen times in The Oregonian in Portland, Oregon.

Dear Friends of the Preborn,

I’m writing to inform you that Paul deParrie suffered a heart attack yesterday and went home to be with the Lord. Paul was a faithful Christian who witnessed regularly to others and who spoke and acted in defense of the preborn for two decades. He died on the field of battle doing what he loved best. He had just finished a defense of the preborn in the public square in Portland, Oregon, his hometown.
Paul was the Editor-in-Chief of “Life Advocate” magazine for ten years. Life Advocate was sued out of business by the abortion industry. The magazine was a tool which kept pro-lifers informed and encouraged by the thoughts and actions of others, and was a great loss when it closed. Paul also wrote several books, including “The Rescuers” which detailed the lives of individuals involved in the Rescue Movement. You can visit Paul’s website at http://www.portlandporcupine.com
Paul was the type of man you could talk with freely without having to feel like you have to walk on eggshells. He was a blessing to the body of Christ. He was a blessing to me personally. He will be greatly missed.
Separated unto the Gosple,
Pastor Matt Trewhella
p.s. The following was the last letter Paul had pre-prepared to have sent out for just such an occasion as this. His heart trouble had been for some time. If you would like to send condolences to his wife, Bonnie, and his children or be a blessing to them financially, go tohttp://portlandporcupine.com/contrib/

My friends and supporters,
The reason you are getting this letter is because I am either deceased or incapacitated. I prepared this letter in advance along with my will and other arrangements.
In either event, the ministry work I have been doing will be no longer. This may be the last official Little House of deParrie communication you receive except as Bonnie may be able to provide you with an update.
My final request of you is that you assist Bonnie financially as you did me for a little longer so that she is able to adjust to the drop in income. Some of you have been faithful, long-time supporters (for which I am deeply grateful) and others of you may want to mike a one-time donation at this crucial hour.
You know I was always reluctant to have financial appeals in the Little House mailings, but as you can see, this is an unusual situation. I would never have been able to carry on the work I did without Bonnie’s constant and tireless support and assistance.
Thank you for all your past prayers and support. Please also continue to remember Bonnie and the family in your prayers.
Sincerely,
Paul deParrie
Read more here.
~~~~~~~~~~~~~~~~~~~~~~~~~~~~~~~~~~~

* Please note that I abhor any type of violence and while I have the utmost respect for Paul deParrie, who was a hero to me, he was also one who signed "The Defensive Action Statement" (http://www.armyofgod.com/defense.html). I believe he was wrong to do so and merely point out his signature on this document as a regrettable fact and to let the reader know that I am absolutely opposed to abortion clinic violence by "pro-lifers," as well as the abortionists. - Angela Wittman, ed.