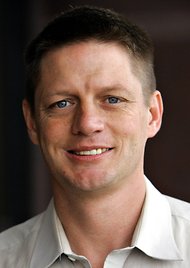 5 For this very reason, make every effort to supplement your faith with virtue, [1] and virtue with knowledge, 6 and knowledge with self-control, and self-control with steadfastness, and steadfastness with godliness, 7 and godliness with brotherly affection, and brotherly affection with love. 8 For if these qualities [2] are yours and are increasing, they keep you from being ineffective or unfruitful in the knowledge of our Lord Jesus Christ. 9 For whoever lacks these qualities is so nearsighted that he is blind, having forgotten that he was cleansed from his former sins. 10 Therefore, brothers, [3] be all the more diligent to make your calling and election sure, for if you practice these qualities you will never fall. (2 Peter 1: 5-10, ESV)

I ask with a humble heart that you read the Scripture provided above and reflect upon it with a serious and holy attitude. This newsletter has been providing you with a series of exclusive interviews with men and women who I believe are heroes of the Christian faith in America, and are of those who are joyfully encompassed about by a cheering cloud of Heavenly Witnesses…while all hell groans!

This week I have an interview with Larry Kilgore of Texas. I have had the privilege of meeting Mr. Kilgore and his enthusiasm for the things of God is inspiring and catching! May the LORD God continue to bless the Kilgore family and you as you read of his love for the Lord and his campaigning for public office. He is a Christian Statesman and may the good LORD continue to bless America with such men.


50 million babies have been murdered through US endorsed abortion. They need the protection that God's law provides. Some Christian leaders in the US Empire are willing to compromise on child murder; just like many of the Nazi German pastors compromised on murder of the Jewish people. The Deutsche Christen ("German Christians") became the voice of Nazi ideology within the Evangelical Church, even advocating the removal of the Old Testament from the Bible. While some Confessing Christians moved toward open resistance against the regime, more moderate Protestants (inside and outside the Confessing Church) made what they saw as necessary compromises. As the Nazi dictatorship tightened its hold, the Confessing Church itself became paralyzed. Dietrich Bonhoeffer was one of the few church leaders who stood in courageous opposition to the Fuehrer and his policies. Will you stand up in opposition to the US government and her policies? … Please read more here.

Q: First of all, please tell us a little about your family and your campaign for governor of Texas?

LK: My wife, Valerie, trains our children, Renee, Scott & Sam in the ways of the Lord. My mom, dad & granny introduced me to Christ. I ran for governor of Texas in March 2006 in the republican primary and received 51,000 votes. I preached at many candidate forums about the criminal Justice system that God gave us in the Bible. People are relieved to hear that the Bible instructs the civil magistrates to execute murders, abortionist, adulterers and homosexuals. I told them government-funded education, housing, healthcare & food is socialism. I plan to run for state rep in 2008 & Texas Governor in 2010.

Q: Is your family supportive?

LK: Yes, My family is with me every step of the way. The kids get out on the street corners and wave with me and help hold signs, and the whole family goes with me to conventions, my wife home schools the kids making it possible for them to come with me all across the country.

Q: What prompted you to run for governor?

LK: It is a process. In 1994 I went to a republican primary convention in Colorado, and meet with a state senator, Elsie Lacy, I asked her “Are you pro-life,” she responded “no”. I then replied then “I ain’t votin’ for ya,” and she answered, “you have to, I am the only candidate running.” At that point I decided I would run for offices where there was not already a biblical Christian candidate running. I have run for state rep four times. In 2000 after moving back to Texas from Colorado, I told my wife I would run for Texas Governor in 2006.

Q: Do you believe that men who are in leadership positions in our nation should be Christian?

LK: Yes, I believe that men in leadership positions in both the US Empire and in the Republic of Texas should be Christian.

Q: What do you think about women running for political office?

LK: Many “Christian” men folk are wimps and refuse to lead, so women have step in and lead the country, like Deborah in Judges.

Q: Do you believe that there are Biblical qualifications for civil magistrates?

LK: The biblical magistrate should meet biblical qualifications of the elders, such as those set out in Titus. Those qualifications being “not overbearing, not quick-tempered, not given to drunkenness, not violent, not pursuing dishonest gain.” And according to Romans 13, the civil magistrate does not bear the sword in vain, meaning he must be willing to execute those guilty of capital crimes.

Q: Are you actively pro-life?

LK: Yes I am. I attend the Operation Save America event each year, where we confront the community on the sin of abortion by standing on the sidewalks with signs and preaching. And I also go to the abortion mills and preach.

Q: Do you have any exceptions for the killing of preborn babies?

LK: No, life begins at fertilization. Any one who murders an unborn child must be executed.

Q: Please tell us which issues are important to you, and what you hope to do to change these things?

LK: Texas needs to become a free independent Christian nation where all public policy is Biblically based. The US Empire has terrorized Texans by prohibiting the prosecution of pornographers, adulterers, homosexuals & baby murderers. The US Empire has forced Texas to spend billions annually to separate children from their parents under the guise of public education. Texas will face the same judgment as the US Empire unless we repent.

Q: How can our readers pray for you and help you?

LK: Pray that the Lord will give me wisdom and that Christian voters will not compromise and vote for the lesser of two evil but will instead vote for a righteous man.