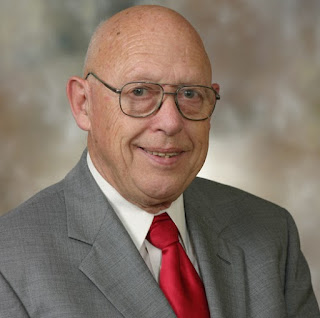 
Now, to the interview:

JN: Thank you for agreeing to do an interview with me regarding Michigan Citizens for Life's Prenatal Child Protection Amendment petition drive.

CO: NO problem. The intent is to be in God's will and to glorify Him.

JN: Mr. Oehling, what did Michigan Citizens for Life attempt to do with regards to protecting all preborn children in Michigan from being murdered?

CO: Michigan Citizens for life understood the words of the supreme court (sic) which said in effect that in their opinion we could ignore the baby in this instance since it had never been stated in the Constitution it is a person at conception. I think a will that includes children not even conceived yet indicates the baby is a person at all steps of life. God's judgment day will convene the SUPREME COURT.

JN: Why do you believe we need an amendment to Michigan's constitution which would define life as starting at conception? Wouldn't a law simply be enough?

CO: For 34 years Christians have been supporting persons who merely say they are pro-life, but do nothing. They con us with 'give us money, vote for us, and we promise good in the future'. I don't believe them any more. They have had their chance for 34 years. Some laws have been passed, but they have not passed the mere opinion of the judges involved. This effort for a constitutional amendment will put the decision into the votes of the people to be written into the basic law of the land, which is the constitution.

JN: What were some practical tactics you found to be helpful when petitioning to put an amendment on the ballot? Such as places that you petitioned, reactions people gave, and things like that?

CO: I found I could gather signatures from any place people are. I stood in front of the Post Office, on the sidewalk in front of a bar, at a fair, at festivals, and the like. Some would take it into their Church and help, but not enough at last try. I think next time I will urge any signer to take a petition and help. That was the bottle neck last time, not enough Samaritans got their donkeys in gear.

JN: What are your thoughts on regulating the murder of the preborn? Some prolifers feel regulation is a step in the right direction, others feel that it is wrong to regulate murder, and believe that any law which ends with "and then you can kill the baby" is wrong and shouldn't be supported by Christian prolifers. What is your belief on this issue?

CO: Let's take the multiple questions in order. Michigan law, MCL 750.316, is already in effect. It maintains premeditated murder is a gross felony. It has no age, sex, color, height, weight, or other limits in it. The Trinity declares murder is worthy of death.
The next question brings into question problems like an ectopic pregnancy. Here I believe we need to consider the knowledge of medical history. We know if the situation is allowed to continue it will soon result in the death of the mother and therefore the baby. God has yet to give us information on how to transplant the baby into the womb. Now we have to make a human judgment of 'does the mother have a right, or even a duty, to remove the problem and thus defend her right to life'. I think she does.

JN: Are you or have you been involved in prolife activities other than Michigan Citizens for Life's petition drive?

CO: Yes. In the early years I looked on RTL as the only choice I had, basing it on Christian leadership and next to nothing from my home Church. I did not do a proper study and think it all through. I now repent of my sins. I had the facts of both science and the Bible. I really have no excuse. There was a hiatus of doing nothing, but then I found a third political Party and in it some Christian friends. We worked and talked together in the Party and finally formed a separate group, "the Michigan Citizens for Life".

JN: Are you politically active? (I do not consider stopping the murder of the preborn as being a political issue.) If so, what do you do in the political arena? Are you affiliated with a party?

CO: I am affiliated with the American Heritage Party at this time. I will run as an Independent in the future because they don't have ballot access. That is one of my next projects.
You pose an interesting question in not considering murder a political issue. In thinking on it, I decided it depends on whether you follow a Humanist or a Biblical Religion. Biblical religionist must live according to the story of the Good Samaritan. Everybody in the society is a neighbor to one another and thus doing right is not an option. However as a humanist, we think on the "survival of the fittest" and allow variable morals with no need to answer to a Higher Authority as there is no god but themselves.

JN: With the 2008 elections coming up, do you see a candidate for President that you feel prolifers can vote for in good conscience? If not, what do you believe prolifers should do in regards to voting? Do you believe a person should vote for a marginal candidate, if the other candidate is evil?

CO: I read in 2 Chronicles 19: 1-3 we are not to support evil persons. At present the major Parties are not stopping the murder of babies. That is evil in my opinion. I don't know what to do except to write letters to the editor, talk it up among friends, and then abstain from pulling their lever in the booth. Pollsters crunch numbers and get some intelligent results. Christian must learn to take their Bible with them into the voting booth. Privately the major parties laugh at Church goers who don't practice what they preach and follow the Humanist Religion's ideas.

JN: Please take this time to give any final thoughts on what we, as citizens, can or should do to stop the murder of the preborn.

CO: Well, I send money to Michigan Citizens for Life by check, so I have a written document that I am an associate member and thus do not represent my Church institution. I am on the Internet so I keep contact with the group. I write to the leadership to support them and urge them onward. The results of last year were very depressing to supporters.

JN: Once again, I would like to thank you for taking the time to do this interview with me. May God bless you as you serve Him, and may He hasten the day when all children are protected from murder in Michigan and across the world.

CO: I thank you for asking. May God receive the glory.

Carl George Oehling, Jr. of Coloma, MI passed away Wednesday, December 13, 2017 in Evart, MI. He was 85. Mr. Oehling was born August 28, 1932 in New York, NY to Karl G. and Catherine (Otten) Oehling. He was a 1950 High School graduate of Michigan Lutheran Seminary and a 1968 graduate of Michigan State University. Carl married Lavina Marie Lindquist June 23, 1962 in Detroit and she preceded him in death December 16, 2001. He grew up in Detroit and had owned the Laundromat in Coloma since 1979 and worked until his health forced him into retirement. Carl was a lifelong Lutheran and attended the Faith Lutheran Church in Coloma regularly. He was a true crusader for “Personhood at Conception”. Carl is survived by his daughter, June-Marie Ella (Fred) Essner of Evart, his son, Karl George Oehling of Bainbridge, MI, eleven grandchildren, and two sisters, Marilyn Mueller of Tarpon Springs, FL, and Helen Wendell of Madison Heights, MI. There will be a graveside memorial service honoring Carl George Oehling at a later date at Cadillac Memorial Gardens East in Detroit. Memorial contributions may be directed to Flint Right to Life or Hospice of Michigan.