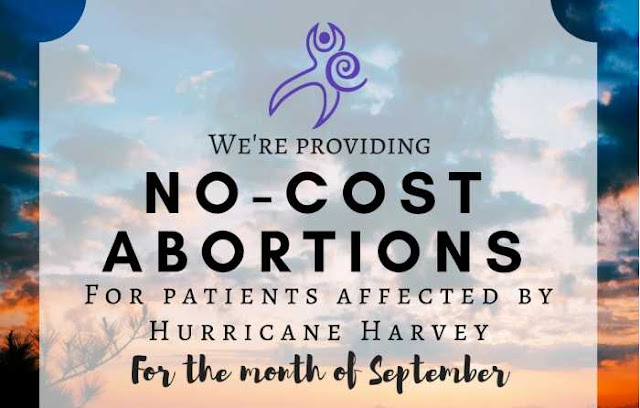 AUSTIN, Texas — At least 74 mothers have responded to an offer from a chain of abortion facilities in Texas, which announced that it would provide free abortions to those affected by Hurricane Harvey during the month of September to “help” pregnant mothers who wanted to terminate their pregnancy but could not do so because of the storm.

According to reports, Whole Woman’s Health, which has locations in Austin, Fort Worth, San Antonio and McAllen, has also raised $15,000 through the Lilith Fund to pay for the travel of mothers who will be coming from long distances to kill their children.

“Texas doesn’t have a safety net, so we have to help people raise money for services,” president Amy Hagstrom Miller told the Dallas Morning News. “Many of these women are traveling for two days and need support for travel and child care.”