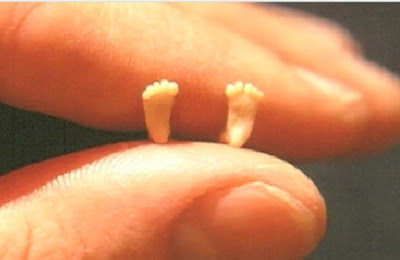 Many of us have worn it, and others have surely seen it — the iconic pro-life “Precious Feet” pin. But what’s the story behind this symbol?

In the early 1970’s, Dr. Russell Sacco, a urologist from Oregon at the time, was aware of abortion prior to Roe v. Wade because of those who were speaking out on the topic. “I knew as a doctor that abortion kills children; they kill human beings,” he stated in an interview published on Vimeo.

Dr. Sacco said he began reading “anatomical books,” and when the Supreme Court ruled that murdering the preborn was “legal,” the doctor became, in his words, “furious.”

It was shortly after this that Sacco met a pathologist who was also anti-abortion. This pathologist “… was supposed to take the children that had been killed and destroy the bodies. But he told me that he didn’t do that; he just didn’t like to do that.”