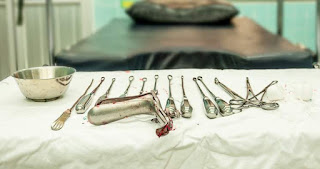 By Michael Tennant - Posted at The New American:

A chain of Texas abortion clinics that fought stricter safety regulations all the way to the Supreme Court is guilty of “dozens of violations of health and safety standards,” reported the Washington Free Beacon.

The pro-life organization And Then There Were None (ATTWN) obtained detailed inspection reports of the Whole Woman’s Health (WWH) abortion-clinic chain from the Texas Department of State Health Services. ATTWN seeks “to help abortion clinic workers leave the abortion industry,” while WWH’s raison d’être is “changing the culture around abortion stigma.”

The reports, which cover the years 2011 to 2017, reveal “a widespread problem of health violations at WWH clinics,” wrote the Free Beacon. Equipment was not properly disinfected or sterilized, and staff members had not been properly trained to sterilize surgical instruments. The Beaumont clinic had no registered nurse on staff despite state law requiring one, and its suction machine used to extract dead babies from the womb had “numerous rusty spots.”