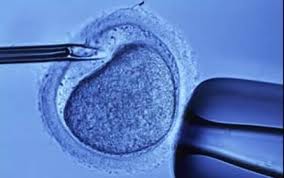 NASHVILLE (BP) -- The legal and moral propriety of conceiving a child with a dead person's egg or sperm is among the latest fronts being discussed in bioethics.

In Ireland, legislation is under consideration that would permit reproductive cells from deceased individuals to be used by their spouses or partners to conceive children posthumously, according to media reports. The Irish legislature's Joint Committee on Health discussed the bill once in January and again in February, a spokesperson for the legislature told Baptist Press. A final bill could be drafted in the coming months and put before parliament for debate.

Health Committee chairman Michael Harty said in a news release, "Assisted Human Reproduction (AHR) is becoming increasingly important in Ireland and measures must be put in place to protect parents, donors, surrogates and crucially, the children born through AHR."

The posthumous conception legislation, which is part of a broader bill, would require children of the procedure to be carried in the womb of a surviving female partner in the relationship, according to an online commentary by Denver attorney Ellen Trachman, who specializes in reproductive technology law.