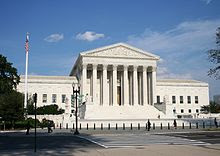 “The circuits are divided over whether Medicaid beneficiaries have a private right of action to challenge a state’s disqualification of a provider under the Medicaid Act. Five circuits have decided that the Medicaid provider-choice provision may be privately enforced under Section 1983, while one has held that it may not,” the Gee brief outlines.