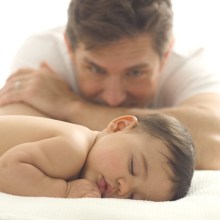 Ryan Magers told WAAY 31 he wants to give would-be fathers a voice in the abortion conversation.

A local man filed a lawsuit in Madison County against the abortion clinic and others he said helped end his girlfriend's pregnancy even though he begged her to keep the baby.

"I'm here for the men who actually want to have their baby," Ryan Magers, who's suing the abortion clinic and others, said.

It's been nearly two years since Magers' girlfriend aborted their baby.

"It was just like my whole world fell apart," Magers said.

Mager's filed a lawsuit in Madison County on Wednesday suing Alabama Women's Center, their employees and the pharmaceutical company who makes the medication used in an abortion.

"I believe every child from conception is a baby and deserves to live," Magers said.