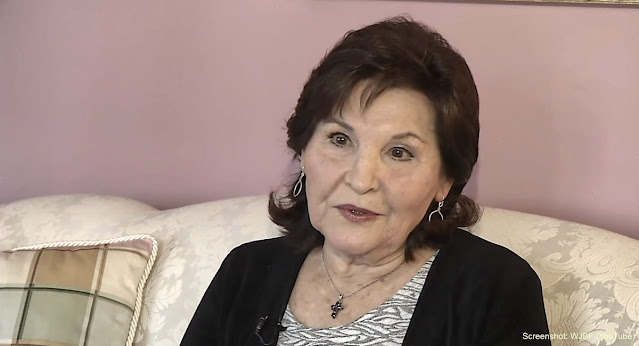 By Nancy Flanders - Posted at LiveAction:

Pro-life activist Eva Edl was one of four pro-lifers charged with violating the FACE (Freedom of Access to Clinic Entrances) this month in relation to a March 2021 abortion facility rescue at Carafem in Mt. Juliet, Tennessee. The event was aimed at reaching abortion-minded women in hopes of helping them to choose life for their babies with confidence. Edl is 87 years old and is a German survivor of a communist prisoner-of-war concentration camp during World War II. Following her escape from that camp, she began a legacy of fighting for the right to life for all human beings.

“The first time I realized there were abortion clinics in our country was in 1988,” she said, according to a previous Live Action News report. “I said to my husband, ‘these are the death camps of America.’ I saw people sitting in front of abortion clinics in Atlanta, and I’ve been involved ever since.”
She explains on her website that the pro-life movement must be bolder and work to pass laws that protect all children from abortion, not just certain children. She stands against exceptions to pro-life laws based on how a child was conceived or whether or not he meets a certain standard of ‘health.’ She speaks out against laws aimed only at making abortion facilities safer:

If you were in a death camp like I was as a girl, would you want those who were obligated to love you to lobby for cleaner death camps? Less bugs in our starvation diet? Please! It disgusts the Lord that we waste so much time on money that will not protect one single child, even if the legislation is upheld by the court.

[…] If we have to defy the judiciary for even the most toothless attempts to regulate abortion (mandating sanitary killing centers, for example), why not defy the judiciary to protect every child, as our leaders take an oath to do! Why settle for less than the very minimum that God settles for? According to the Bible (Numbers 35, Genesis 9), only justice abates the wrath of God for the shedding of innocent blood. I believe every jurisdiction – city, county, state, federal, international – should immediately criminalize every abortion and protect every baby, and WOE unto us if we don’t.

The wrath of God is against us, and time is short to waste effort trying to regulate the child-killing. We wind up on the wrong side of the line God’s drawn so clearly in the sand.

Edl’s biography by James Johnston, “She Looks Like My Little Girl,” offers the testimony of a child of Danube-Swabian heritage — Yugoslavian by birth but German by heritage and language. Edl was just six years old when the Nazis invaded Yugoslavia and her family was safe in their rural home — until her father was taken by the Nazis.
Continue here...