Biden pledges to make abortion rights No. 1 priority in Congress 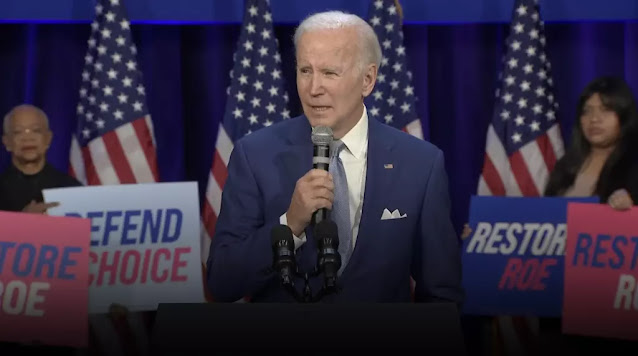 If voters elect more Democrats to the U.S. Senate and keep his party in the majority in the House of Representatives, the “first bill” he will send to Congress will be “to codify Roe v. Wade,” Biden said in a speech dedicated to the abortion issue. If Congress approves the legislation, the president said he will sign it into law in January, 50 years after the U.S. Supreme Court’s Roe ruling legalized abortion nationwide.