By Dr. R. Scott Clark - Posted at The Heidelblog: 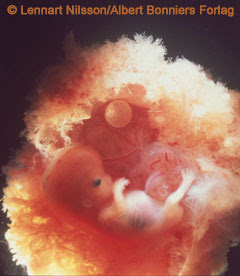 Published January 24, 2013
In the modern culture wars (Kulturkampf) the accusation is frequently made that one side or the other is guilty of “Nazi tractics” or “Nazi ideology.” This charge is made with such frequency that it is bound to lose its force. One reaction to the abuse of this charge is to call for moratorium on its use. That’s tempting especially on the web when anonymity allows rhetoric to become quickly overheated. Sometimes, however, the charge is demonstrably true.

It is an historical fact that there was a Nazi (National Socialist Party) party in Germany during the first half of the 20th century. This group of fascists arose from obscurity, during a severe economic downturn, in the wake of Germany’s humiliation after World War I. With the consent of the people they took political and military power in Germany and instituted a program of almost unspeakable horror against Jews and others. They called their program to annihilate the Jews the “final solution.” Cumulatively those atrocities became known known as the holocaust. One of the most important premises of the holocaust was that the Jews were less than human or less human than the so-called Aryan race, which the Nazis intended to take over the world. This is isn’t a myth. It isn’t a weird conspiracy story for late-night AM radio. It really happened. It was only stopped because of World War II. The United States, Great Britain and other nations allied, conquered Germany by force, and liberated the prisoners from concentration camps—only after millions had been slaughtered in gas chambers and in mass shootings.

I rehearse this ugly history because that is my job as a historian, to remind people of ugly facts. It’s also useful to remember what happened and why so that when it appears again we can recognize it and tell the truth about it. Sometimes, however, Nazi ideology does not come dressed up in brown shirts and wearing a distinctive signal such as the swastika. Sometimes its source is commentary in mainstream media as in an essay today by Salon.com writer Mary Elizabeth Williams, who admits that which is aborted is human life but that fact does not matter.