Our Nation’s Grotesque Inconsistency on Babies and Life 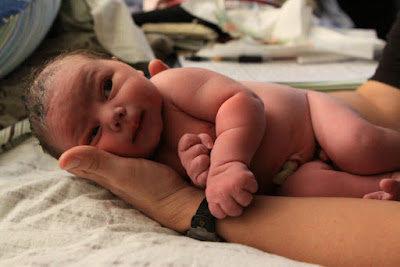 A gruesome story surfaced in the Summer of 2016. A 20-year-old college student named Emile Weaver gave birth to a baby in the sorority house of Delta Gamma Theta in New Concord, Ohio. She did not want the baby, so she cut the umbilical cord, threw the baby in a plastic trash bag, and put it in the garbage bin.1 Apparently, Weaver had tried drugs, alcohol, and numerous other substances and activities to kill the baby inutero, all to no avail. When the baby was born, after all the other methods of attempted murder had failed, Weaver finally succeeded in killing her baby.

Her fellow sorority sisters discovered her crime, found the baby in the trash, and alerted authorities. Weaver was charged with murder. “A jury found her guilty of aggravated murder, abuse of a corpse and two counts of tampering with evidence.”2 The judge sentenced her to life in prison without parole. He stated that she was selfish and that her baby was to her “an inconvenience, and you took care of it.”3

The judge and jury were exactly right. Weaver did murder an innocent person and abuse a corpse. She certainly deserved severe punishment. That being the case, so do the hundreds of doctors around the country and the pregnant mothers who come to them for abortions every day. These doctors literally pull babies apart, limb from limb, while they are in their mothers’ wombs. They inject saline solution that burns babies to death, then they abuse the corpses of these little innocent, murdered children and throw them in “biological waste” containers in operating rooms and hospitals. Many of these doctors have been involved, not in one or two murders, but thousands.

Not only do these murderers go untried and unconvicted, they often make massive amounts of money, some of which is given to them for their services by the United States government. How can we continue to stomach such grotesque inconsistency? Emile Weaver did to her child the same thing abortion doctors do to almost 2,500 babies everyday, and she was given life in prison. “O Lord God, to whom vengeance belongs—O God, to whom vengeance belongs, shine forth! Rise up, O Judge of the earth; render punishment to the proud. Lord, how long will the wicked, how long will the wicked triumph?” (Psalm 94:1-3).

1 Michael Miller (2016), “‘No More Baby’: Sorority Sister Gets Life Term for Tossing Into Trash to Die,” The Washington Post, https://www.washingtonpost.com/news/morning-mix/wp/2016/06/28/no-more-baby-sorority-sister-gets-life-term-for-tossing-newborn-into-trash-to-die/?utm_term=.17d3203e3da3.