An Absurd Fate: What Happens to Abandoned Embryos? 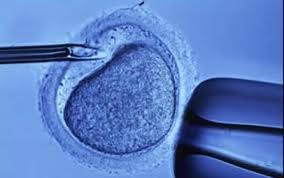 By Jennifer Lahl - Posted at The Public Discourse:


A recent embryo custody battle highlights the plight of the hundreds of thousands of frozen embryos in the United States today.

I’ve said it before, and I’ll say it again: it almost always starts with an emotional story.

The latest situation is an embryo custody battle in Arizona. It highlights the depth of real human emotions connected to having children and building a family, and the ways in which human lives are affected by a justice system that seeks to do what is right in the midst of a true ethical mess. As with all embryo custody battles, there are never any winners. There are plenty of losers, though, and the embryos have the most to lose by far.

This case, of course, tugs at our heartstrings. In 2014, at the age of thirty-three, Ruby Torres was diagnosed with triple negative breast cancer—a very aggressive breast cancer that has the lowest five-year survival rate of all breast cancers. Torres was engaged at the time of her diagnosis. Because her cancer treatments might leave her infertile, she and her then-fiancé, Joseph Terrell, made the decision to undergo IVF to create embryos and freeze them for later use. A contract was signed stipulating that neither Torres nor Terrell “could use the embryos without the written permission of the other person.” Soon after, they were married.

In August 2016, Terrell filed for divorce and told the court that he did not want to have children with Torres. The case is now in the courts of Arizona, where there is no case law on the disposition of surplus embryos once they have been created. On one side, Torres, who is now infertile, is fighting for her “right to have her own biological children.” Terrell, on the other side, is fighting for his “right not to parent.”

A Maricopa County Family Court judge recently ruled that the embryos must be donated to a couple seeking embryo adoption or to a fertility clinic since Torres and Terrell are not in agreement. Torres has filed a notice of intent to appeal the ruling to the Arizona Court of Appeals.