Showing posts from May, 2018
Show all

From Life & Liberty Ministries : The abortion industry stays in business due to the complicity of other neighborhood businesses. Plumbers, electricians, roofers, cleaners, etc. keep the baby killing centers operational. Please consider contacting Advanta Clean by mail, phone or e-mail. On Thursday morning (May 24, 2018) one of their trucks and two workers were at the Richmond Planned Parenthood to ensure that the business continues to operate smoothly. Ask Advanta Clean to stop serving this baby killing business. "And have no fellowship with the unfruitful works of darkness, but rather reprove them." Ephesians 5:11 Advanta Clean 804-335-1150 804-409-2934 http://www.advantaclean.com ~~~~~~~~~~~~~~~~~~~ Dennis Green Life and Liberty Ministries P.O. Box 862 Powhatan, VA 23139
1 comment
Read more

Not just Nazis: The grisly history of research on abortion survivors

By Carole Novielli - Posted at Saynsumthn's Blog : A look back at some of the grisly experiments once conducted on human abortion survivors will most likely make your stomach turn. This history shows the depravity a society can spiral into when medical research is allowed to advance untethered to any sense of ethical morality. Today, as videos of Planned Parenthood staffers haggling over the price of aborted baby body parts come to mind, a look into the fetal research market dating back to the 1930s reveals again how those who experiment on the bodies of tiny victims will often justify their actions as good. Davenport Hooker’s Fetal Experiments on Living Aborted Babies Davenport Hooker University of Pittsburgh (Image credit: University of Pittsburgh) From the 1930s until the mid 1960s, University of Pittsburgh anatomist Davenport Hooker conducted research on children who survived surgical abortion by hysterotomy , a risky procedure similar to Caesarian section, w
Post a Comment
Read more

Christians for Personhood ( CP ) Columbia, South Carolina May 10, 2018 [ Report sent previously by text ] SC Senate 'Abortion' Bills battle, May 1 - 4 - Report #3: Personhood Bill S217 vs Hutto "Hyde-Amdt"-type fake "pro-life" replacement amdt to H3548 vs SCCL's euthanasia Dismemberment Bill H3548 /// On Wed, May 2, Senator Cash offered six amdt's (No. 12 to No. 17) to H3548 Dismemberment Bill. Amdt No. 12 exposed the pro-euthanasia aspect of H3548 and attempted to close the "Euthanasia first (Kill the Baby first); then Dismember the Baby" loophole, by proscribing first killing the unborn child, and then dismembering the child /// However, even that change was opposed by Senator Grooms, who served as point man for H3548, reporting H3548 was supported WITHOUT amdt by National Right to Life, SC Citizens for Life, SC Baptist Convention, SC (Roman) Catholic Conference, and the SC Assn of Pregnancy Centers. These groups suppo
Post a Comment
Read more

- May 10, 2018
Posted at The Christian Institute : A pro-life organisation has had a YouTube channel suspended because its content was deemed to be “harmful or dangerous”. Heartbeat International had posted four videos on its Abortion Pill Reversal channel, showing how a baby can still be saved even if someone has taken an abortion pill. One video featured a doctor explaining the process from a medical perspective, while three others showed mothers recounting their experiences of having ‘reversed’ their abortion. Continue reading... HT: Sermon Audio
Post a Comment
Read more

Christians for Personhood ( CP ) Columbia, South Carolina May 8, 2018 [ Report sent previously by text ] SC Senate 'Abortion' Bills battle, May 1 - 4 - Report #2: Personhood Bill S217 vs Hutto "Hyde-Amdt"-type fake "pro-life" replacement amdt to H3548 vs SCCL's euthanasia Dismemberment Bill H3548 /// The Hutto "Hyde-Amdt"-type fake "pro-life" replacement amdt language which supplanted the euthanasia Dismemberment Bill language was adopted on a 24 Y - 1 N vote about 9:45pm Wed night, May 2. About one hour later before adjourning for the night, the Senate gave Second Reading (28 Y - 10 N) to H3548, which was now a much different bill, although not a Personhood or true "pro-life" bill. This Hutto/Hyde fake "pro-life" bill did NOT establish Personhood, and had several child-murder "exceptions" for rape, incest, life and serious health risk of mother. /// The two Roll Call votes above ar
Post a Comment
Read more

Christians for Personhood ( CP ) Columbia, South Carolina May 6, 2018 [ Report sent initially by text Fri, May 4, 2018 ] SC Senate 'Abortion' Bills battle, May 1 - 4 - Report #1: Personhood Bill S217 vs Hutto "Hyde-Amdt"-type fake "pro-life" replacement amdt to H3548 vs SCCL's euthanasia Dismemberment Bill H3548. /// There is far too much to cover in one text all that occurred between about 5:30pm Tues May 1 when debate started on Dismemberment Bill H3548 (Special Order), and sometime before 1am this morning Fri May 4 when Republican super-majority Senate voted to kill / Recommit back to Med Aff Comm, the Hutto "Hyde-Amdt"-type fake "pro-life" replacement amdt language which had supplanted the euthanasia Dismemberment Bill language, making H3548 now a much different bill, though not a Personhood / true "pro-life" bill either. /// This Hutto / Hyde amended replacement version of H3548 did NOT establish
Post a Comment
Read more

Iowa Heartbeat Bill: The Exceptions Speak for Themselves 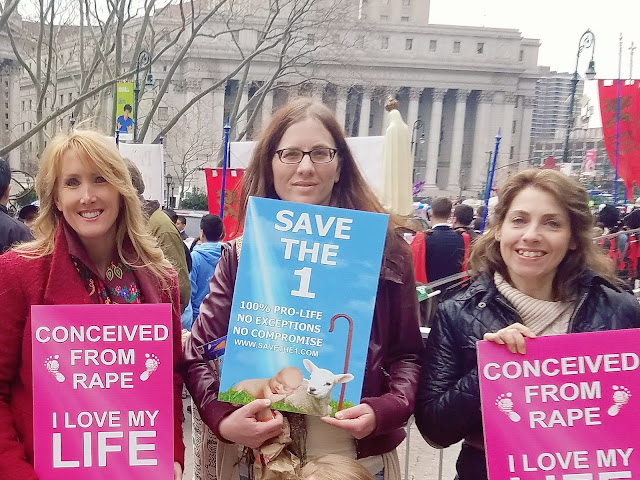 Sarah St. Onge with Rebecca Kiessling and Darlene Pawlik - Save the 1 By Sarah St. Onge - Posted at Save the 1 : Last month Ben Shapiro shared a video clip showing a mother speaking passionately about the value of her son’s life. Having conceived her son during a violent sexual assault, Jennifer Christie has bravely stood up to defend his right to life a number of times at rallies and before a variety of state legislatures. Her words were well received by most pro-life believers. But her passion was evidently not enough to persuade Iowa lawmakers, and the Iowa Heartbeat Bill was passed with exceptions for rape and serious fetal anomaly. If we can ignore the glaring discrimination, the passage of Iowa’s heartbeat bill was a watershed moment in pro-life advocacy. While the bill still hasn’t been signed into law, it sent a strong message out to the rest of the country: we can pass restrictive pro-life legislation in a state which is not necessarily conservative. It would seem
Post a Comment
Read more 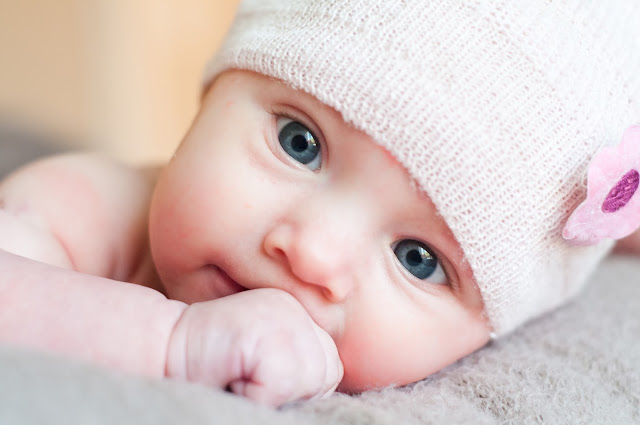 By John Hawkins - Posted at Lutherans for Life : “See what kind of love the Father has given to us, that we should be called children of God; and so we are” (1 John 3:1 ESV). Mother’s Day will soon be here! For most Christians, this is a happy day in the Lord often observed with close family. Indeed, both the joys of motherhood and being an offspring are celebrated to the glory of God! (This is not to overlook those who are struggling with infertility or other issues on this day.) But for one young lady a few years ago, the chance to celebrate Mother’s Day almost didn’t happen—and only did because of Lutherans For Life. Please let me explain. Continue reading...
Post a Comment
Read more
More posts