Pastoral Q & A: The Morning After Pill 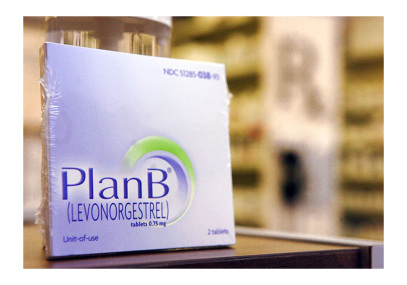 By Wes Bredenhof - Posted at YINKAHDINAY:

Can a Christian woman use the “Morning After Pill” as emergency contraception?

Let’s first be clear what we’re talking about. The “Morning After Pill” is often marketed under the name “Plan B,” though there are other drugs and brands. This is not RU-486 (mifepristone), a drug that causes abortion typically later in pregnancy. The MAP is regarded as a form of emergency contraception — it’s for when other ways of preventing a pregnancy have either failed or been neglected. The question is whether this is something Christian women can take advantage of. To answer that, let’s imagine two scenarios.

A young unmarried woman has been having sex with her boyfriend. On one occasion, they forget to use their normal method of contraception. She’s concerned that she may get pregnant, so she goes to the pharmacy for “Plan B.” She takes the tablets and does not become pregnant.

A woman in her 30s (with four children already) believes it would be unwise for her to have any more children. She and her husband normally use a barrier method of contraception. On one occasion, they forget and she’s concerned that she may get pregnant. So “Plan B” is the answer. As in the first scenario, no pregnancy results.

In both situations, the MAP/Plan B seems to prevent an undesirable pregnancy. In both situations, the woman claims to be a Christian. In both situations, the woman first goes to the Health Direct website of the Australian government (or equivalent) and is relieved to read that the MAP does not cause an abortion. Instead, it simply stops or delays ovulation and it may also prevent sperm from reaching the egg. But “if the sperm has already fertilised the egg, it is too late and the pill won’t work.” So, going with the official information, neither scenario has caused an abortion. No life has been taken. Therefore, there is apparently no ethical issue with the Sixth Commandment (“You shall not kill”).

We need to think about this more carefully.

The first thing we need to reflect on is the actual facts regarding the MAP/Plan B. The Health Direct website (and others like it) does not tell the full story. The truth of the matter is that there are studies which suggest that the MAP can have an abortive effect (even the Wikipedia article acknowledges this — with sources). If an egg has been fertilized, the MAP can prevent that human life from continuing to live in the womb. No one can categorically say with 100% certainty that the MAP never causes early abortions.