Brethren, you never know what a day serving in God's Kingdom will bring. In God's Providence, I happened to be at the right place at the right time. Apologia Church and End Abortion Now had just happened to have scheduled addressing the city council of Phoenix today to demand they do their duty before God and make Phoenix a sanctuary city for the preborn.

They invited me to join with them to address the city council. It was a blessed privilege and honor. Please keep them in your prayers. They are doing a great kingdom work, not only in Phoenix, but reaching far beyond.

The following are my comments. I was not able to complete the entire message, but got most of it in before the 3 minute time limit ran out.


Thou shall not murder!"

God's commandments are binding upon all men, at all times, and in all nations. He did not say, "Thou shall not murder," unless, the Supreme Court of the United States rules otherwise.

The Supreme Court is not the Supreme Being. Divine law trumps human law and any human law that violates God's Law is no law at all, so says 1800 years of recorded history in Western civilization.

We hold these truths to be self-evident, that all men are created equal, that they are endowed by their Creator with certain unalienable Rights, that among these are Life, Liberty and the pursuit of Happiness.


Our nation sinned when we denied the right to liberty to our black brethren. For 75 years, our Lord warned our nation, "Let them go free." We hardened our hearts and stiffened our necks, until a bloody civil war finally ended the scourge of slavery.

Abraham Lincoln pinpointed the cause of this travesty. He stated, "until every drop of blood drawn with the lash, shall be paid by another drawn with the sword, as was said three thousand years ago, so still it must be said "the judgments of the Lord, are true and righteous altogether." He was citing the doctrine of blood guiltiness.

If that was true then, how much more today? At least, most of the slaves lived. But now, our nation has crushed 60 million babies, torn their limbs from their torsos, decapitated their heads, poisoned them, and shed volumes of innocent blood.

Can we possible conceive the wrath that is pent up against our nation? And know this for a certainty, that all the blood that has been shed, this nation will give an account for every single drop.


No person shall be deprived of life, liberty, or property, without due process of law.

Let me ask a rhetorical question? What capital crime has the preborn committed that they deserve capital punishment?

Whatever happened to equal justice under the law? We were all preborn children made in the image of God. We were all welcomed in life and protected by law. How can we partake these precious gifts and yet deny them to our own sons and daughters? Have we forgotten the golden rule?

Abraham Lincoln stated, "God did not send any human being to this earth stamped with his divine image to be stomped on." Well, we have been stomping for over 46 years and that stomping needs to end in Phoenix right here and right now.

Jesus warned, "And do not fear those who kill the body but cannot kill the soul. But rather fear Him who is able to destroy both soul and body in hell" (Matthew 10:28).

I would call upon this city council to fear God, rather than the Supreme Court. No longer carry the sword of justice in vain. Punish the real murderers and protect the true victims. Rise up to do your duty and ignore Roe, establish justice, and abolish all abortion now in Jesus' name! 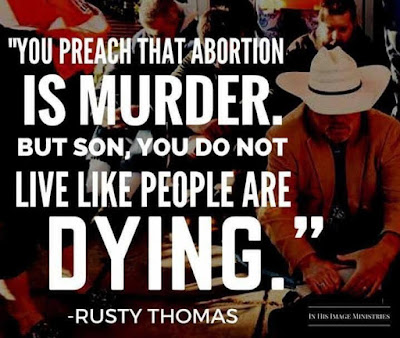