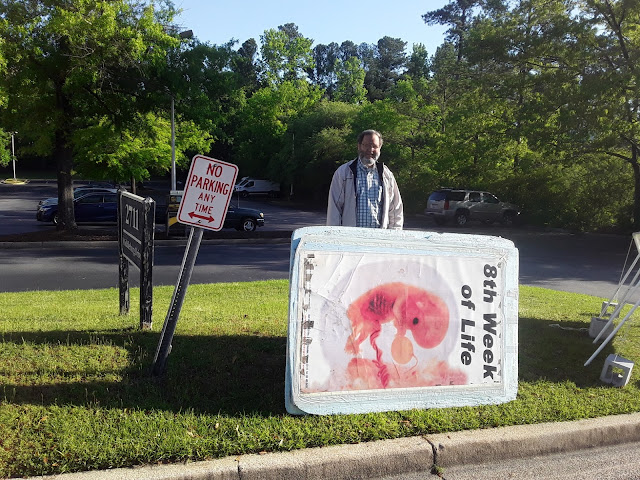 After initially pursuing legal counsel with an experienced First Amendment attorney to consider bringing legal action against City of Columbia/officials for this violation of constitutional civil liberties under First Amendment to US Constitution (as expressed repeatedly to CPD officers April 7, e.g., http://christianlifeandliberty.net/20200407_101455.mp4), decision was made to first pursue administrative remedy apparently successfully employed by other prolife group, to obtain exemption letter from SC Dept of Commerce. It was reported (Post and Courier, 4/10/20) Columbia Mayor Benjamin confirmed officers would not ticket or arrest based on that SC State letter.

Lefemine requested similar exemption from SC Dept of Commerce for Columbia Christians for Life, receiving it by email April 13.

On April 7, Lefemine repeatedly pointed to remedy contained in SC Governor's Exec. Orders (2020-18 and 20) of seeking clarification for applicability of Governor's Exec. Orders to particular activities, however the CPD officers showed no interest in pursuing that remedy, and eventually specified they were enforcing City of Columbia Stay Home Stay Safe Order, not Governor's Exec. Order(s) (as discussed April 7,
http://christianlifeandliberty.net/DS_20338%20(3).WMA).
___