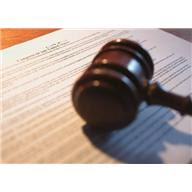 AUSTIN, Texas — A federal judge appointed to the bench by then-President George W. Bush has struck down a Texas ban on dilation and evacuation (D&E) abortions, also known as dismemberment abortions, finding the prohibition to be an “undue burden” on the “right of a woman” to her child.

“An abortion always results in the death of the fetus. The extraction of the fetus from the womb occurs in every abortion. Dismemberment of the fetus is the inevitable result. The evidence before the court is graphic and distasteful,” U.S. District Judge Lee Yeakel acknowledged, but nonetheless added, “But this evidence is germane only to the state’s interest in the dignity of fetal life and is weighed on the State’s side of the scale. It does not remove weight from the woman’s side. And it does not add weight to tip the balance in the state’s favor.”

“The State’s valid interest in promoting respect for the life of the unborn, although legitimate, is not sufficient to justify such a substantial obstacle to the constitutionally protected right of a woman to terminate a pregnancy before fetal viability,” he opined.