The parents of a deceased teen are carrying on his legacy to see his dying wish of ending abortion come true. On August 26, 2018, Rusty and Kendra Thomas lost their beloved son Jeremiah Thomas at the age of sixteen, after his body succumbed to cancer. 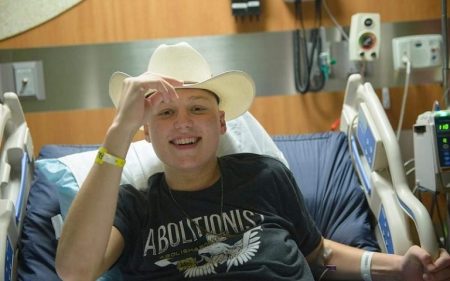 This amazing young man spent his final days and hours on this earth pleading for the lives of the unborn. As a result of Jeremiah’s dying wish, the Governor of his home state of Texas, where the Roe v. Wade court case on abortion originated, made a promise to Jeremiah, “to outlaw abortion altogether in the State of Texas,” which has yet to come true. 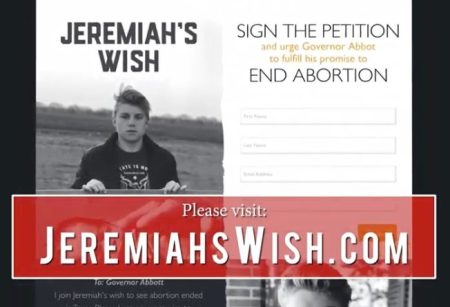 Jeremiah’s passion for protecting babies whose lives were targeted for violent death due to the legalization of abortion grew in the months preceding his diagnosis. But, after Jeremiah learned that his own days were numbered, he doubled down on his fight to see abortion abolished and innocent lives protected.