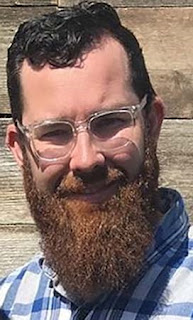 I know people have many different ideas and I'm not oblivious to think that everyone believes like me. Really, I'm sure many people think I'm crazy about how I live my life. My wife and I quit our six-figure jobs to rely on God to help us start churches in the Northwest part of the country.

I know folks may not agree on everything, but one thing I think we can agree on is that God can cause good things to come from hard and tough situations.

Check this out. In 1985 a woman in Arkansas had to face a big decision. She found out she was pregnant. Her dad was a well-known pastor. Shame, guilt and regret flooded her soul. What to do. She had to decide whether to have the baby.

She didn't want to bring shame to family members so she considered an abortion. She felt convicted and couldn't go through with it. She had the baby boy on May 29, 1986, in Forrest City, Ark. She then had another beautiful baby girl a few years later.

Through many struggles, at the age of 36, she committed suicide. Though she took her own life, she gave life to two kids. The woman was my mom. I'm so grateful she chose to let me live.