By JAMES POLLARD (Associated Press/Report for America) - Posted at WRAL News:
Published October 19. 2022
COLUMBIA, S.C. — South Carolina Supreme Court justices grilled lawyers over the extent of the right to privacy in a case Wednesday that could determine the scope of the state's abortion restrictions.

The hearing marked the latest legal challenge to South Carolina's 2021 ban on abortions after cardiac activity is detected, typically around six weeks, with exceptions for pregnancies caused by rape or incest, or those that endanger the patient's life. 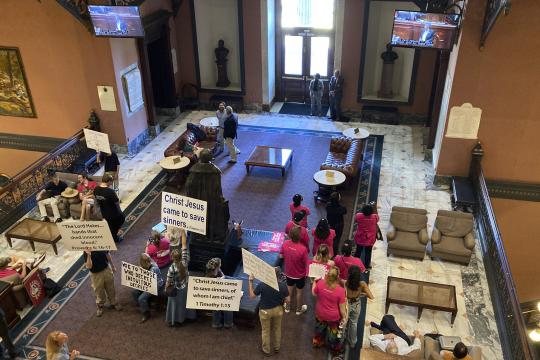