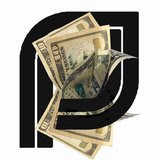 By Tony Perkins - Posted at The Daily Signal:

Breaking the law doesn’t help your chances for earning federal dollars—but apparently, it doesn’t hurt them either. If there’s one thing Planned Parenthood’s learned over the last few years, it’s that crime does pay. A lot, according to the Government Accountability Office.

Despite piles of evidence (some of it from the group’s own mouth) that Cecile Richards’ group was illegally selling baby body parts (after performing equally illegal late-term abortions), a new report shows the wrongdoing hasn’t made the slightest dent in its taxpayer-funded gravy train—at least on the federal level.

On the contrary, GAO officials found, being referred for criminal prosecution didn’t result in so much as a financial blip for Richards and company. Between 2013 and 2015, Planned Parenthood, its international affiliates, and Marie Stopes International dug deep into taxpayers’ pockets, banking a whopping $1.5 billion from federal and state programs like Medicaid, Medicare, Title X, and the Children’s Health Insurance Program.