Cleveland Right to Life is part of the so-called "Personhood Alliance" [?], but also supports legislation which incrementally "regulates" the murder of children in the womb, such as this so-called "Heartbeat Bill" in Ohio which does not Establish Justice for pre-birth human beings at fertilization. Are members of the "Personhood Alliance" required to support only true personhood legislation ?
Apparently not.

This demonstrates the difference between pro-life advocates who base their position on the Bible versus those who do not. Cleveland Right to Life apparently does not. Man does not have the authority under God to incrementally "regulate" murder. 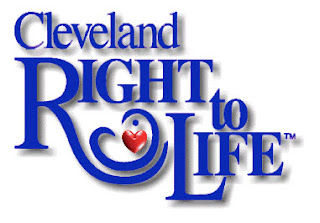 Yesterday the Ohio House of Representatives voted with a veto-proof 60-35 majority to adopt the Heartbeat Bill (House Bill 258), the legislation to protect unborn children by making aborting a child with a beating heart illegal.

"We are grateful for the leadership of sponsors Rep. Christina Hagan of Alliance and Rep. Ron Hood of Ashville working this bill through the process" commented Ed Sitter, President of the Right to Life Action Coalition of Ohio.  "We are also thankful for the 60 members who realize that all life is worthy of protection and supported the bill."

After an extended floor debate punctuated by a recess for a caucus and a number of amendments offered by Democrat members which were all tabled, the measure was approved 58-35.  However, two members who did not vote at the call, Democrat Rep. Glenn Holmes of Trumbull County and Republican Rep. Marilyn Slaby of Stark County, cast votes in favor later during the session making the final tally 60-35.

"It is an exciting day for the cause of life" noted Molly Smith, Vice President of RTLACO.  "Now that the House has shown the strength to confront the expected veto of Governor Kasich, we look forward to the Senate quickly adopting this bill and making it Ohio's law."

Cleveland Right to Life  thanks all members who took action and called State Representatives yesterday to ensure this lifesaving result.

Cleveland Right to Life Mission
MISSION STATEMENT
WE believe that all human beings are made in the image of the Creator and must be respected and protected from the moment of conception until natural death. We know to be true that human rights begin when human life begins, as affirmed in the Declaration of Independence.  So as to foster a culture of life we promote and defend the right to life of all innocent human beings and reject such practices as abortion, euthanasia, infanticide, and same-sex marriage that are contrary to "the Laws of Nature and of Nature's God".  We represent pro-life citizens from over 8 counties in the region, making our organization one of the largest pro-life organizations in the State of Ohio. We focus our efforts first and foremost at the local level to achieve local solutions and then cooperate with the state and national pro-life efforts as directed and needed.