Dear Champion of the Lord and the Preborn, 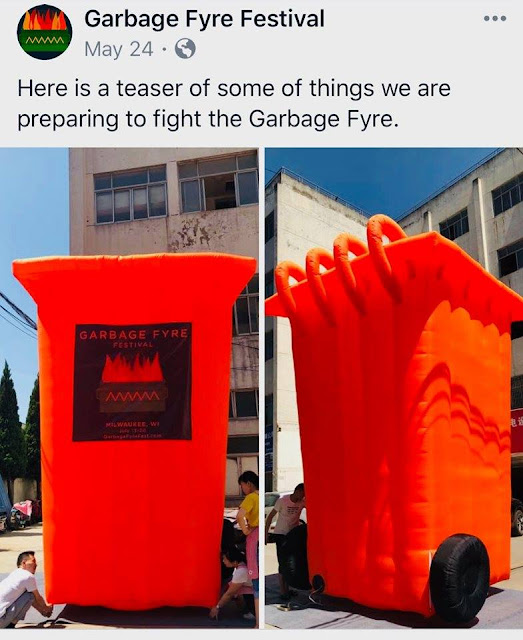 The lovers of death are coming.

They're all planning to protest OSA.

"Only you can put out [Milwaukee OSA] Garbage Fyres."
https://www.facebook.com/garbagefyre/

According to organizer Lizz Winstead, the protest is an "intersectional fight." AAF has ginned up its progressive base. Social justice warriors are arriving NOW.

GFF has spent tens of thousands of dollars on Google ads and Milwaukee billboards. Expect feminists in vagina costumes, transgenders in costume, and giant inflatable garbage pails (No. We're not kidding).

According to AAF and progressive reporters, OSA is the most influential hate group in America today. OSA is a "Hate fest" "invading Milwaukee" with "vile imagery," "chants of intolerance" and "target houses of worship" and "relentlessly accost people."
https://www.garbagefyrefest.com/events/

Winstead tweeted, "Operation Rescue/Operation Save America, the national organization behind...acts of violence are bringing hundreds of their followers to Wisconsin."

According to the Capital Times, "Abortion Access Front founder and 'The Daily Show' co-creator Lizz Winstead believes a visit from Operation Save America should spark the same outrage as a visit from white supremacists would. 'When it comes down to people who are trying to literally destroy the reproductive rights of half of the population, where are people taking to the streets?' she said."
https://www.google.com/.../article_242a0884-158b-5726-8fca-9f...

AFF slandered Christian ministers Pastor Matt Trewhella, Rev. Flip Benham, and Rev. Rusty Thomas as "Hateliners." Meme after meme refers to them as "America's top influencers in misogyny, homophobia, and anti-choice extremism" simply because they preach from the Bible.

The "intersectional" progressives see no irony in their mass intolerance of Christianity. In fact, GFF made a drinking game out of abortion. A meme on Instagram and Facebook says, "Drink every time [Rev. Thomas] says the word holocaust" for abortion.

A GFF's post was a "burning man" effigy of OSA. The image was of a Christian cross and anti-abortion signs BURNING. 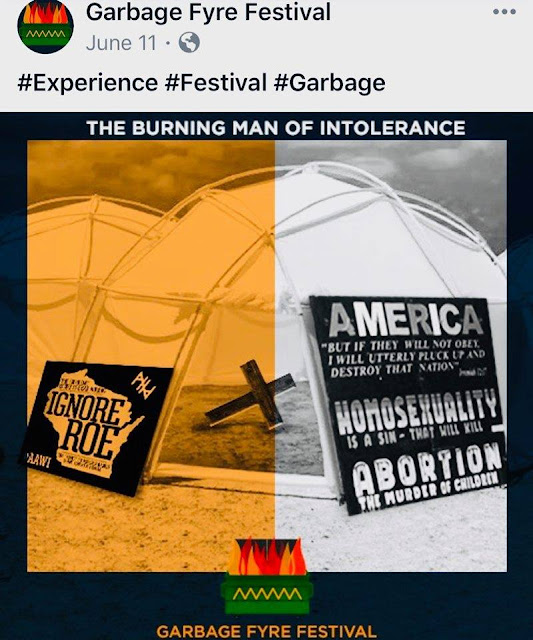 A burning cross? And Christians with OSA are the intolerant "white supremacists?"

A GFF Tweet reads, "One week until we're in #Milwaukee putting out the anti-abortion, racist, homophobic #garbagefyre, and we want YOU to join us." A GFF post reads, "Put out the garbage Fyre."
https://www.garbagefyrefest.com/events/

As Christian families from around the nation pile out of vans, quiet their kids, and lug their suitcases into hotels, ready to share the love of Christ and abolish abortion, social justice warriors are arriving to "welcome" them to Milwaukee.

"To those who have eyes to see and ears to hear, OSA's national event, Complete the Work, just became ground zero in the battle to end the American holocaust. We pray the Lord records His name here, and by the power of His Holy Spirit, bid His people to come. Is there not a cause? (1 Samuel 17:29)"