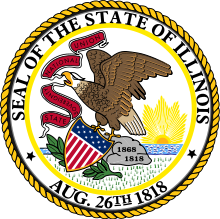 A law firm representing religious liberty concerns has filed a lawsuit to stop the implementation of taxpayer-funded abortions through House Bill 40 (HB40) in Illinois on Jan. 1.

The Chicago-based Thomas More Society suit argue that the General Assembly has not set aside funds in the state’s budget to pay for the abortions and remain within the Balanced Budget requirements of the Illinois Constitution. It also contends, according to the Thomas More Society, that the law cannot become effective until June 1 because it missed a May 31 cut-off date for General Assembly action.

“We’ve got $1.7 billion more appropriations than we’ve got revenue coming in,” said Peter Breen, Special Counsel for the Thomas More Society. “I don’t see how we’re going to find the money to pay for these elective abortions.”

Initial arguments were heard in the Seventh Judicial Circuit Court December 6 at the Sangamon County Courthouse in Springfield. Breen asked when the state planned to implement HB40. Attorney’s representing the state replied they were not prepared to answer the question.

Associate Judge Jennifer Ascher set the next hearing for Dec. 28. If the state does not intend to implement HB40 on January 1, the Dec. 28 hearing will most likely be rescheduled due to the upcoming holidays.

The suit is being brought by numerous state legislators, pro-life organizations and the Diocese of Springfield.