With 6 Other States, Alabama Doesn't Protect Rape Victim Moms and their Children 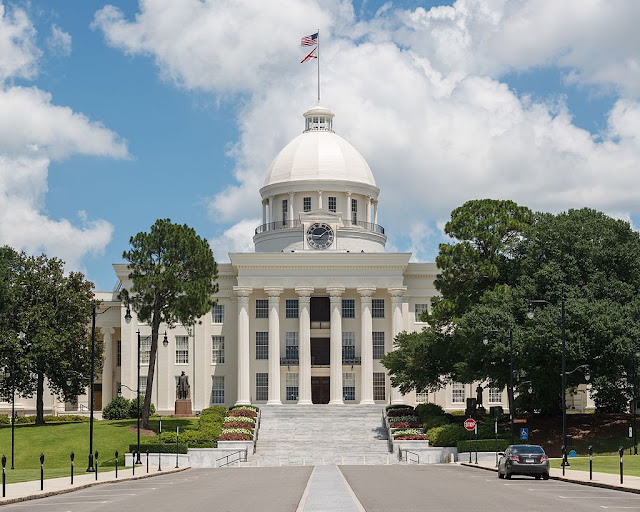 By Rebecca Kiessling - Posted at Save the 1:

Alabama urgently needs to pass The Rape Survivor Child Custody Act, to terminate the parental rights of rapists and to suspend any custody or visitation. Last week, a rape survivor mom from our network, J.C., published her story in our Save The 1 blog, "From Age 13, My Uncle Raped and Impregnated Me, But The Judge Said It's Irrelevant." In her custody case for her two surviving children conceived in rape-incest, DeKalb County, Alabama Judge Steven Whitmire told her that their conception was irrelevant, and granted her rapist uncle visits over Christmas. Determined to protect her children, she's sought protection from the County Sheriff's office, imploring them to file charges against him for the years of rape.

All four of her children were conceived in rape-incest -- the first two were conceived when she was under "the age of consent" in Alabama. J.C. miscarried her first child, and her third child died at 2-1/2 years old, due to a serious genetic disorder -- Krabbe Disease -- which was the result of the genetics involved in being too closely related. These children died because of her uncle's actions. In Alabama, incest is a Class C felony and statutory rape with a victim under the age of 16 is 2nd degree rape -- a Class B felony. There is no statute of limitation for rape in Alabama, so he can be prosecuted for the rape and incest. Yet, the judge didn't see his being a child molester as relevant to parenting.

A Fox News article from Apr. 2017 highlights the fact that Alabama is only 1 of 7 states (joining Mississippi, Minnesote, North Dakota, Wyoming and New Mexico, which has NO law providing for the termination of parental rights of rapists: In 7 US states, rape victims can be legally forced to share custody of their children with their rapist fathers