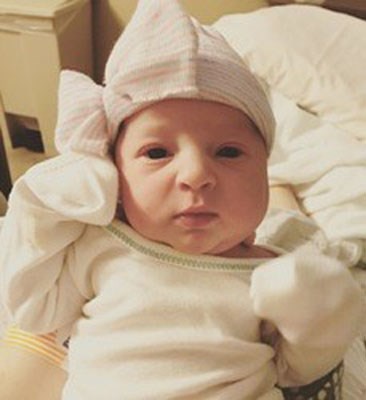 KNOXVILLE, Tenn. (BP) -- A 26-year-old mother gives all credit to the Lord after she gave birth to a baby girl from a donated embryo frozen more than 24 years, considered a record in cryopreservation births.

"People say it's science. No, I say it's purely the Lord," Tina Gibson told the NBC affiliate WBIR in a Dec. 19 video posted on Facebook. "This is a gift from the Lord for sure."

The Christian-based National Embryo Donation Center (NEDC) in Knoxville, Tenn., announced the birth Dec. 19, noting it as a historical record of the longest-frozen embryo to lead to a healthy birth. Emma was born to Tina and Benjamin Gibson Nov. 25, weighing 6 lbs., 8 ounces, and measuring 20 inches long.

"That's just the kind of God that we serve that He would do something like that for us. It's just precious," the mother said. "She's precious, She's perfect."