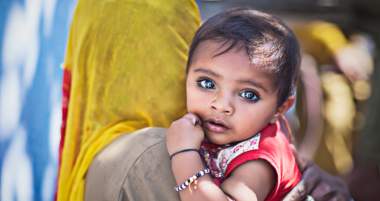 By Dave Bohon - Posted at The New American:

A recent report by the Guttmacher Institute reveals that India was responsible for an estimated 15.6 million abortions in 2015, putting the country close to China's record in the number of pre-born baby killings.

The Guttmacher Institute reported that the astounding number “translates to an abortion rate of 47 per 1,000 women aged 15–49,” with the majority of the deaths (81 percent) coming through “medication abortion,” followed by surgical abortions performed in “health facilities” (14 percent), with the remaining five percent “performed outside of health facilities using other, typically unsafe, methods.”

According to the study, which Guttmacher conducted in conjunction with India's own International Institute for Population Sciences in Mumbai and the Population Council in New Delhi, of the estimated 48.1 million pregnancies in India during 2015, “about half were unintended — meaning they were wanted later or not at all.” Translated statistically, according to Guttmacher, “the estimated unintended pregnancy rate was 70 per 1,000 women aged 15–49.”