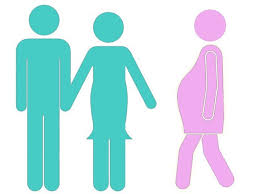 Posted at the National Review:

But this issue is an opportunity for finding common ground on ways to protect women.

On Thursday, Arizona Republican congressman Trent Franks announced he would resign in the face of an ethics investigation, after having asked women on his staff to be gestational surrogates for him and his wife, who had been struggling with infertility. In his statement, he described the surrogacy approach they ultimately did take as “pro-life.”

Jennifer Lahl, a nurse, has been working with broad coalitions against surrogacy for years as the founder and president of The Center for Bioethics and Culture Network. She talks with National Review about the problems of surrogacy and why pro-lifers — and anyone else concerned with human rights and women’s health and freedom — should never embrace it.

Kathryn Jean Lopez: Would you ever describe surrogacy as a “pro-life” option?

Jennifer Lahl: I would never, ever describe surrogacy as pro-life. Surrogacy necessarily depends on assisted-reproduction technology (ART) via in vitro fertilization (IVF) — creating embryos in the lab. The loss of embryos from IVF is but one very real pro-life concern. The most recent Centers for Disease Control data on ART, from 2015, shows that over 91,000 IVF cycles were begun, leading to over 59,000 embryos transferred, resulting in 26,708 positive pregnancies but only 21,771 live births. Those 59,000 embryos are far less than the number of embryos created during these processes. This is far from pro-life.