A Tribute to Steve Wetzel: Missionary to the Unborn

Approximately six months ago on December 24th of 2021, Steve Wetzel, founder of Missionaries To The Unborn, went home to be with his Lord and Savior, Jesus Christ.
When Steve went to be with the Lord, I was watching my own father die. Frankly, I just didn't have the words to express my feelings about Steve who often counseled me on how to deal with pro-aborts and wicked people at the abortion mill until now. I hold him in highest regard. He was a true hero for the Unborn and one who remained faithful until the end.
He was a man who spoke the truth and lived an honorable life putting others first. Steve will never be forgotten. I can only imagine how many lives he saved and touched during his time in ministry on this earth. I can also imagine the Lord saying "Well done, my faithful servant."
Below is Steve's obituary which begins with "Warrior down." Not only was Steve a proud Marine, he truly was a warrior for Christ, the Gospel and the preborn.
May God bless Steve's memory forever. In Lord Jesus' Name I pray, amen.
Angela Wittman, ed. 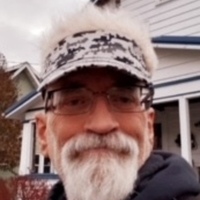 Stephen M. Wetzel, age 63, of Grove City fought a battle against a disease with grace and dignity. He was a warrior for the Kingdom of God, and his times were in God’s hands. He had no quit in him. Steve went home to be with the Lord on Christmas Eve, Friday, Dec. 24, 2021, in the VA Medical Center, Pittsburgh, PA.

Steve had his scars. If you knew him and even if you didn’t, he would show you them. Then he would tell you about the scars that saved his life. Those scars are found on the hands and feet of his eternal saviors Jesus Christ. He was not ashamed to share his faith.

He was a graduate of Washington Township High School, Turnersville, NJ in 1976. He ran track and played high school football. He still holds a school record in the high hurdles.

Following high school, Steve enlisted in the USMC. He was a Marine to the core. He wore his Cover proud, and when he was thanked for his service, he would smile and tell you his son is a far better Marine than he ever was. He served from 1979 to 1981.

Throughout his life, Steve was employed first as an exterminator and later as a technician for Verizon.

Steve enjoyed being with his family and going out into the community as a photographer. He had a “heart for the unborn”. Proverbs, 24:11-12, Rescue those being led away to death; hold back those staggering towards slaughter.