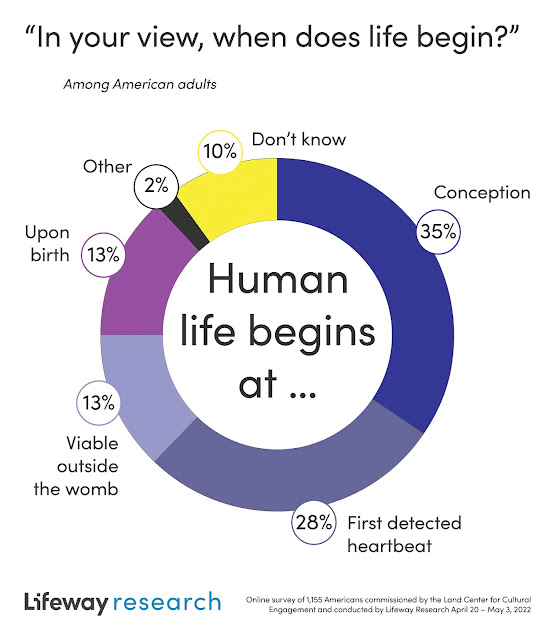 Americans’ views on the morality of abortion remain mixed in the days leading up to a Supreme Court decision that could overturn Roe v. Wade, but a majority favor restrictions that go beyond those currently allowed, according to a new study from the Land Center for Cultural Engagement at Southwestern Baptist Theological Seminary conducted by Lifeway Research. In addition, those who self-identify with a religion, engage in religious practices like church attendance and hold evangelical beliefs are more likely to favor restrictions on abortion.

“This survey clearly demonstrates evangelical beliefs and practices, especially church attendance, translate into pro-life views,” said Adam W. Greenway, president of Southwestern Baptist Theological Seminary. “This underscores the truth that the ultimate solution to this moral problem, like all moral problems, is spiritual transformation of the Gospel of Jesus Christ among individuals that will eventually translate into societal changes.”