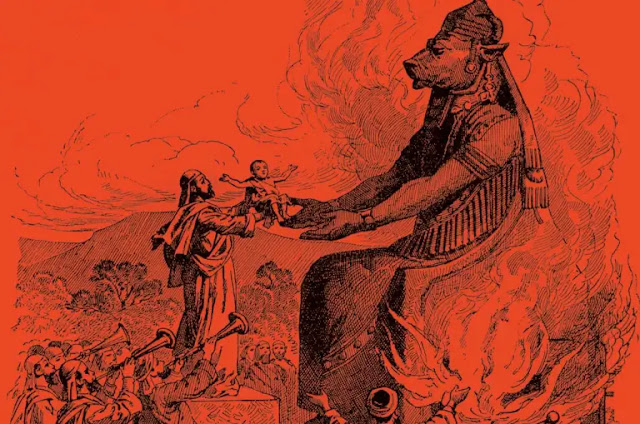 "God knew that child sacrifice was thriving in Israel, and so he warned the Israelites of it. It was so evil, he said, that anyone who did it deserved to die. But also, God said that anyone who looked away—who pretended not to see how evil it was—that person too should be cut off from Israel. In other words, there was no room to say 'not my family, not my problem.' The evil of child sacrifice is so extreme, turning the other way was itself a cowardly act sin."

Ever since the Roe vs. Wade case main-streamed abortion in the United States, the ability to take the life of one’s baby has achieved a religious status. Judging by responses to news that Roe vs. Wade may be overturned, people have certainly responded as if their idols were under attack. I think it is helpful for Christians to understand that abortion does indeed function as a sort of sacrament in our society. But we are not alone.

In the Old Testament, the Israelites found themselves surrounded by nations that offered their children as a religious sacrifice. Molech worship appears to have been common place among the Canaanites, and according to Stephen in Acts 7 (Acts 7:43

) it became a prominent feature of Israelite culture.

Who was Molech?
Read more...