My Slave, My Choice. 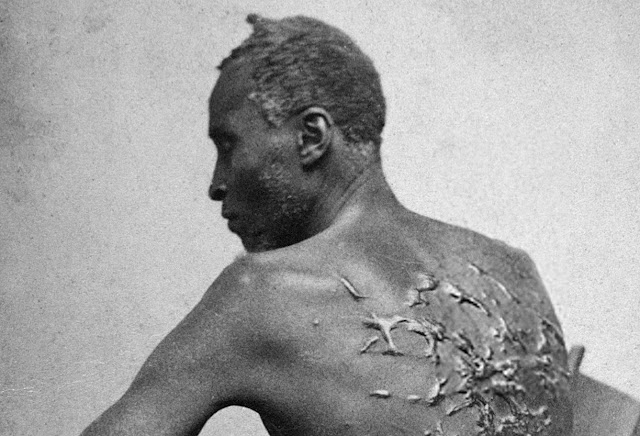 In chapter one of The Great Gatsby, the character Tom, spoke at a party and discussed the early twentieth-century science of racial theory. He said, “Civilization’s going to pieces...if we don’t look out the white race will be – will be utterly submerged. It’s all scientific stuff; it’s been proved…”

The science that Tom was discussing, was based on Darwinian theories of evolution and natural selection. Darwin, in The Descent of Man explained his idea of natural selection over the "savage races" such as Black Africans. He said this explains why the “highest races and the lowest savages” differ in “moral disposition” and “intellect” (36). Blacks, according to Darwin, had “low morality,” “insufficient powers of reasoning,” and “weak power of self-command” (97). Darwin even differentiated humans from the "lower animals" when he said: “No one supposes that one of the lower animals reflects whence he comes or whither he goes,—what is death or what is life, and so forth” (62). In other words, science elevated the white and dehumanized the black. Scientifically, animals.
Darwin was not the only one to claim that Blacks were inferior "animals." The idea of scala naturae, or the scale of nature, taught that God intended to elevate the white race and that Blacks, legally enslaved in some states, was due, in part to their inferiority as a race.
Read more...
Labels: American Slavery Christian Ethics Darwinism Evolution Pro-Life Ethics Roe v. Wade Science