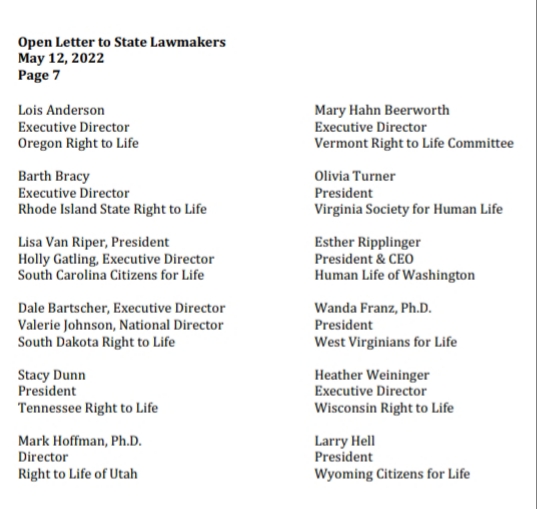 By Steve Lefemine - Columbia Christians for Life:
May 12 Open Letter from "Pro-Life" [sic] Establishment opposing Louisiana Personhood Abolition Bill HB813 because it criminalized women who have their babies killed
CCL: Among the 80+ signers of this May 12 Open Letter opposing Louisiana Personhood Abolition Bill HB813 were:
**NRLC was originally organized in 1968 under the auspices of the then-National Conference of [Roman] Catholic Bishops; NRLC became officially autonomous in 1973.
(http://christianlifeandliberty.net/2010-07-26-National-Right-to-Life-Comm-originally-founded-1968-under-auspices-of-Natl-Conf-of-Catholic-Bishops.doc)
See below the pre-1970 South Carolina Law code sections criminalizing "abortion" with no exceptions in the case of pre "quickening" babies [Sec 16-83]; and with one exception in the case of post "quickening" babies [Sec 16-82]. There was also a separate, specific code section criminalizing the woman who solicits for an abortion, with one exception [Sec 16-84].
Code of Laws Of South Carolina - 1962 Volume 4 - Title 16 - Chapter 3 - Article 4 - "Rape, Abortion, etc." (Pre-1970 "Abortion" Law in South Carolina)
http://christianlifeandliberty.net/Code-Of-Laws-Of-South-Carolina-1962-Volume-4-Title-16-Abortion.pdf
God says, "Thou shalt not kill (murder)." Exodus 20:13, KJV
Columbia Christians for Life
Columbia, SC
ChristianLifeandLiberty.net
Labels: Abortion Abolition Abortion Ban Columbia Christians for Life HB813 Louisiana Personhood Prosecution of Post-Abortive Mothers