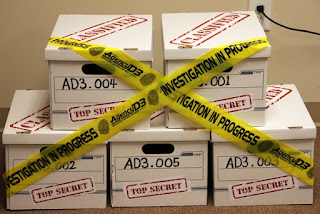 Miriam Grossman is a psychiatrist at UCLA who helps the students there. She’s written two books on sex and college students, and I’ve gotten both of them. Here’s an article from the Public Discourse authored by her.

First, she explains that sex education today is not about biology, it’s about advocacy:


Now we have comprehensive sexuality education. It includes discussion of identity, gender, reproductive rights, and discrimination. Children learn that they’re sexual from birth, and that the proper time for sexual activity is when they feel ready. They’re taught that they have rights to pleasure, birth control, and abortion.

The terms husband and wife aren’t used, the union of man and woman is one of several options, and morality? Well, that’s judging, and judging is not allowed.

You won’t find much biology in sexuality education, but there’s voluminous information on the varieties of sexual expression, the pros and cons of different contraceptives and abortions, and the harms of gender stereotypes.

Gender itself is a complicated matter. A boy might turn into a man, a woman, or something else. A girl might feel she was born in the wrong body, and want her breasts removed. This is all normal, children learn.

There are over two dozen sexually transmitted diseases, and infection with one of these “lovebugs” is considered by some to be a part of growing up. A doctor declares on YouTube, “Expect to have HPV once you become sexually intimate. All of us get it.”

And childhood innocence? Forget it! Material created for children makes most adults uncomfortable. On websites recommended to students, nothing is taboo—sadomasochism, polyamory, and what were once called “deviant” behaviors . . . they’re all good.