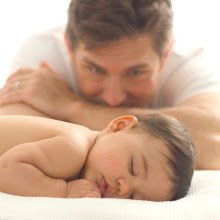 Some people claim that abortion is just a political issue, and not something that Christians should get involved with. But the abortion issue, at its core, is moral, not political. It has everything to do with the worth of a human child. If I were to jump today in front of a car to rescue a child, it would not be to lodge a political protest against reckless driving. It would be to save the life of an innocent child. Abortion became “political” when the law was changed to justify the killing of children.

Long before it was ever a divisive political issue, abortion was a moral issue, and one which God has a clear and emphatic position on. I encourage you to take a look at what God’s Word says about unborn children, and what the people of God throughout history have said about abortion.

Abortion and end-of-life issues aren’t “merely” about politics. They’re about the dignity and sanctity of human life. I share more on the question of “Is abortion just a political issue?” in this video: